Sammic, Eliku and Iraurgi SB come together to prepare the perfect recipes for athletes

The relationship between the Sammic and the Iraurgi Saski Baloia basketball club began more than four years ago. For the past four seasons, Sammic has sponsored the first men’s team of Azpeitia and Azkoitia, which during these years has gone from a silver league team (third state category) to playing in the second highest division of Spanish basketball, gold league. However, this relationship entails more than just sponsorship and Sammic has created an opportunity so that both organisations can work on a small project together. 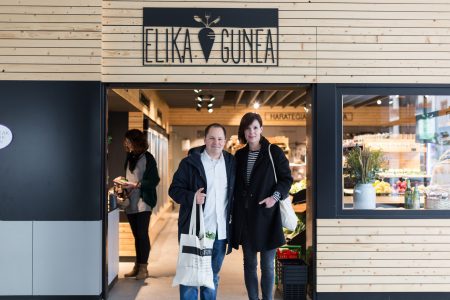 It is known that a good diet is the foundation of good health and for elite athletes a correct and balanced diet is vital for achieving the best performance. Starting from this concept, Sammic has prepared special recipes designed for athletes. To do this, a special collaboration has been made with Aitziber Aizpuru, a dietician and nutritionist in ELIKU nutritional counselling. Thanks to the combination of Sammic’s chef Enrique Fleischmann and Aitziber Aizpuru, answers are provided to the nutritional questions that the players have asked and delicious and healthy recipes have been prepared that they can eat before, during and/or after their matches.

Aitziber and Enrique’s recommendations for each athlete to obtain the best performance are provided below.

Our sous-vide solution on Croatian television