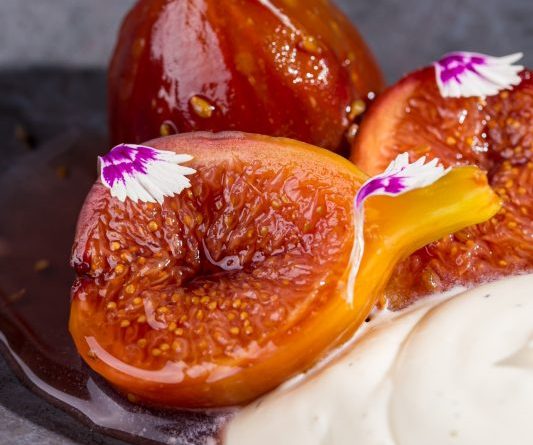 To start, clean the possible residues from the fig skin.

Place them in a vacuum bag with the cinnamon, the mirin, the aniseed, the honey and the vinegar. Then, cook the figs in the SmartVide sous-vide cooker for 30 minutes at 80ºC.

After 30 minutes, cool in iced water and put to one side.

Meanwhile, place the tea and the cream in another bag. Cook the mixture in the SmartVide cooker for 40 minutes at 75ºC until it infuses.

After 40 minutes, cool the cream and strain.

To serve, half whip the cream, take the figs out of the bag and place them on the dish with some juice and some cream on the side.